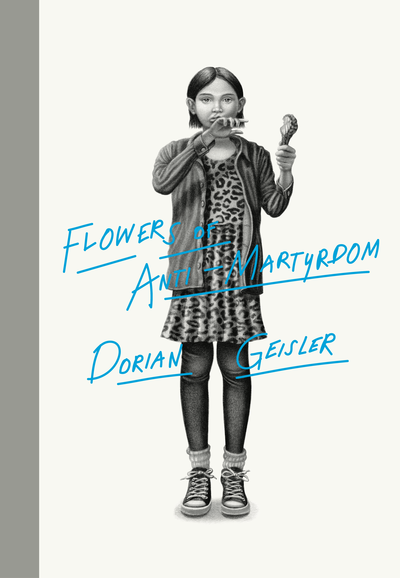 Dorian Geisler’s beguiling debut collection of poetry solves the problems of audacity—with audacity. A darkly uncanny romp through the lives of others, Geisler’s fast-moving poetry and understated/maximalist aesthetic manage to convey a burgeoning world filled with strangers whose identities are playfully—sometimes diabolically—half-revealed.

Flowers of Anti-Martyrdom is Kafka mixed with Tarantino; it’s Invisible Cities—except instead of beautiful, imaginary cities, the poet introduces us to disconcertingly realistic humans in all their outlandish, casual perversity, exalted banality, and moral questionability.

With Flowers, Geisler has written a collection that’s open to as many readings as there are readers—and yet that’s always a genuine, unambiguous delight.