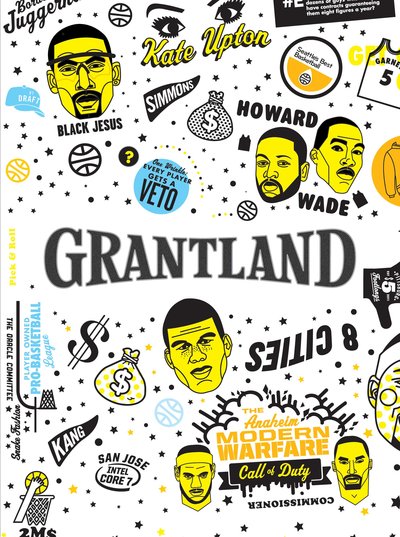 Issue 2 has a dust jacket that unfolds to reveal a double-sided poster with an intricate, gorgeous piece of original art on one side, and, on the reverse, a reprint of the rare 1970s poster of George “The Ice Man” Gervin from Nike.

MORE FROM EDITED BY BILL SIMMONS AND DAN FIERMAN