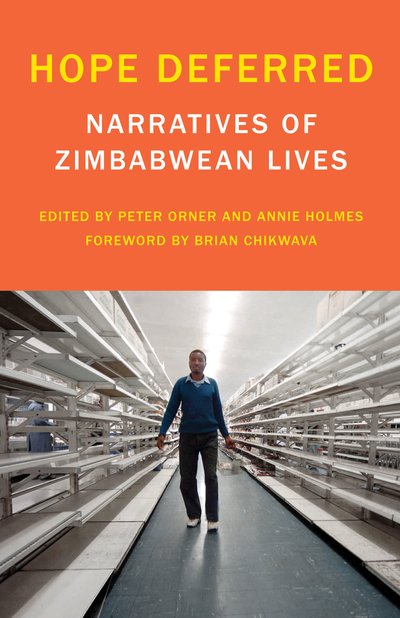 “Hope Deferred might be the most important publication to have come out of Zimbabwe in the past thirty years.”
—Alexandra Fuller, Harper's

The fifth volume in the Voice of Witness series presents the narratives of Zimbabweans whose lives have been affected by the country’s political, economic, and human rights crises. This book asks the question: How did a country with so much promise—a stellar education system, a growing middle class of professionals, a sophisticated economic infrastructure, a liberal constitution, and an independent judiciary—go so wrong?

In their own words, they recount their experiences of losing their homes, land, livelihoods, and families as a direct result of political violence. They describe being tortured in detention, firebombed at home, or beaten up or raped to "punish" votes for the opposition. Those living abroad in exile or forced to flee to neighboring countries recount their escapes, of cutting through fences, swimming across crocodile-infested rivers, and entrusting themselves to human smugglers. This book includes Zimbabweans of every age, class and political conviction, from farm laborers to academics, from artists and opposition leaders to ordinary Zimbabweans: men and women simply trying to survive as a once thriving nation heads for collapse.

To read an excerpt of this book, click here.

“These books are amazing … beautifully produced, with incredible editing and literary sensibility. Voice of Witness has done a better job than I’ve seen anybody do with having people tell their stories in a way that really engages you.”
—Rachel Maddow

“The series does not so much weave a tapestry from different experiences as braid a rope, a lifeline by which we might haul ourselves into a less ignorant, more actively compassionate future. In them, the specific illuminates the general, destroying preconceptions, stereotypes, and cop-out responses along the way.”
—Richard Vernon, Sojourners Magazine