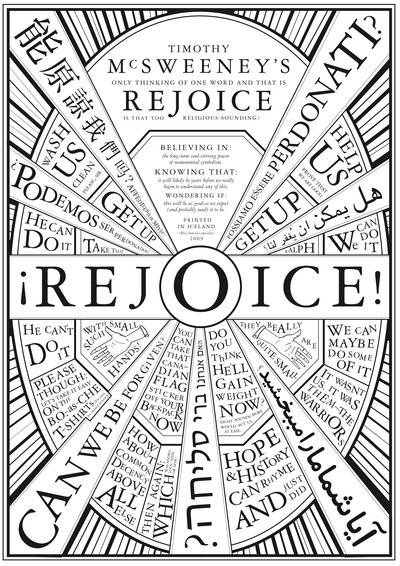 Featuring new work by Wells Tower, Michael Cera, and Etgar Keret, along with as always a bevy of lesser-known but nonetheless excellent writers investigating everything from mental hospitals to sentient mists, Issue 30 warrants every ounce of attention and industry you’ll give it, even if you are very important and your time is valuableâ€”even if the fate of nations rests on your weary shoulders. You should still read Issue 30.

Pfaff II by Bill Cotter
The state hospital, viewed from above, was laid out like a swastika.

Stowaways by Nick Ekkizogloy
I’d only been down in Albany about six months when the flood came and washed it all away.

Further Interpretations of Real-Life Events by Kevin Moffett
After my father retired, he began writing trueish stories about fathers and sons.

Bad Karma by Etgar Keret
Since the accident, Oshri had been selling policies like crazy. It wasn’t clear whether this had anything to do with his slight limp or with the paralysis in his right arm, but people who’d sit through an appointment with him would take it all in and buy everything he had to offer: life insurance, loss of earning power, complementary health insurance, you name it.

The Beginning of a Plan by Shelly Oria
In 1991, I went to jail for canning goods without a license.

Diamond Aces by Carson Mell
My dad always left around noon, and we usually ate dinner without him.

Madness by Matei Visniec
Our city was invaded by butterflies. They are huge, beautiful, carnivorous.

Cuts by J. Malcolm Garcia
The phone rings at the reception desk. Jay patches the call to me and I answer it. “Out of the Rain, may I help you?” I say.

Foothill Boulevard by Catherine Bussinger
The thing was to get the list and go for a little ride. Fixate on one. One or two. Three, tops. Mad Dog explained it to me in unnecessary detail.

Retreat by Wells Tower
Sometimes, after six or so large drinks, it seems like a sane idea to call my little brother on the phone.