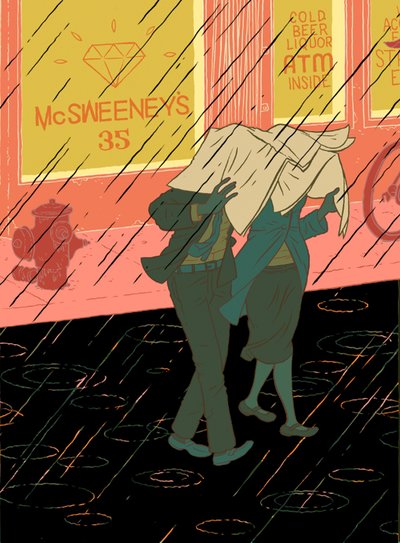 With tremendous new stories from Steven Millhauser and Roddy Doyle, an epic, genre-shattering novella from Hilton Als, and a really excellent special section on Norway's finest writers (featuring not just Per Petterson but also Kid Icarus and a woman named Blind Margjit)—along with an unbelievable disappearing-ink cover done by Jordan Crane—Issue 35 is a full-to-bursting edition in the tradition of the best ones we've ever done. For several hundred pages of unrivaled summer reading, this is your book.

Local by Roddy Doyle
His Sister, Her Monologue by Hilton Als
Phantoms by Steven Millhauser
The Glory of Keys by Patrick Crerand
1,000 Lunch Bags by Robert Barnes

And a portfolio of stories from Norway, edited by John Erik Riley and Mikkel Bugge:

Introduction: Entry-Level Norway by John Erik Riley and Mikkel Bugge
On an Old Farmstead in Europe by Hans Herbjørnsrud
Loophole by Johan Harstad
Out in the Open by Laila Stien
Alarm by Roy Jacobsen
Interlude XXIV by Tor Ulven
Another Star by Ingvar Ambjørnsen
Two by Two by Gunnhild Øyehaug
Small World by Frode Grytten
Like a Tiger in a Cage by Per Petterson
Computer Love by Flamme Forlag