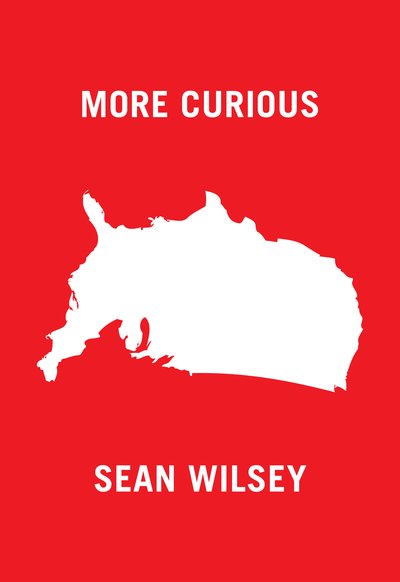 In More Curious, Sean Wilsey travels across the U.S., from the launchpad at Cape Canaveral, to the isolated artists’ enclave of Marfa, Texas, to the boardrooms and ballrooms of post–9/11 New York City. Wherever he is, Wilsey captures his surroundings with the precision of a photographer and the raw grace of a skateboarder (he’s an amateur practitioner of both arts). These essays—some of which have been expanded and updated from pieces originally published in Vanity Fair, GQ, McSweeney’s, and elsewhere, and some of which appear here for the first time—comprise nearly fifteen years of Wilsey’s most vital work on the glory and the misery, the beauty and absurdity of contemporary America.

Read an excerpt on Sean Wilsey’s More Curious in Time Out New York and on McSweeney’s Internet Tendency.

“Honest writing is funny”: The Atlantic talks to Sean Wilsey about his creative process.

Check out the Paste Magazine interview with Sean Wilsey.

Listen to the Los Angeles Review of Books interview with Sean Wilsey here.

“Wilsey (Oh the Glory of It All) makes curiosity the unifying aesthetic and raison d’être of this eclectic collection of essays on places and people, hobbies and grief, and the ‘comedy and poverty of the United States.’”
—Publishers Weekly

“Sean Wilsey’s witty essays from his cross-country adventures form a portrait of the weird side of contemporary America.”
—Los Angeles Times

“More Curious is the most delicious of literary smorgasbords. Whether Sean Wilsey’s subject is rats, NASA, or a surreal road trip across America, the writing is animated and diverse, dappled with literary oddities and enlivened, always, by his eye for the absurd. More Curious begins by making you wonder what kind of book it is, exactly, and ends by reminding you that categories are nonsense when you’re enjoying something this much.”
—Jennifer Egan, author of A Visit from the Goon Squad

“Sean Wilsey puts the fire out with wine, as he reports was done after the 1906 Earthquake in San Francisco. To douse a fire with wine, as I take it, is to respond with something unexpected, and a little extravagant, but in that moment, a tool at hand. Wilsey is playful, maximal, wonkily earnest and fun to read, as he ranges over the varied landscapes of this book.”
—Rachel Kushner, author of The Flame Throwers

“Mr. Wilsey can write in a range of emotional octaves, moving from the comic to the philosophical to the streetwise with ease, while putting body language on his prose to give the reader an almost synesthetic sense of what he’s saying.”
—Michiko Kakutani, The New York Times

“An insightful and witty portrait of modern America’s highs and lows.”
—Largehearted Boy

“Wilsey is a punchy, captivating writer with a perceptive eye.”
—Dallas Morning News

“A marvelous book… Wilsey has a gift for shifting gears emotionally — changing the focus at precisely the right moment, and those shifts, those juxtapositions are effective and often profound.”
—Austin American-Statesman

“A funny, touching, and smart look at the core of Americana.”
—Vol. 1 Brooklyn

“A propulsive collection of essays … Wilsey’s voice is peripatetic, inquisitive and one of a kind.”
—one of the Strand’s Booksellers’ “Most Loved in 2014”