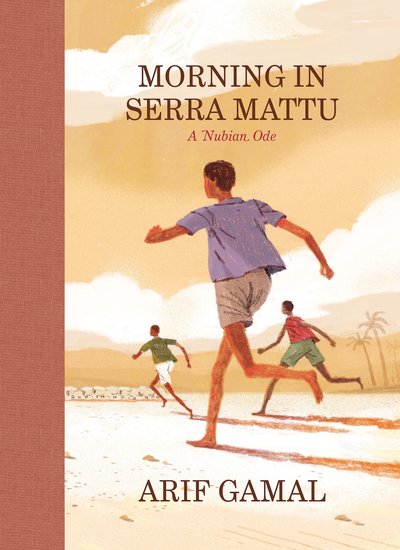 A mosaic of interrelated stories exploding with personality, myth, and geohistorical weight, Morning in Serra Mattu is a profound, joyful meditation on life in modern Sudan. Gamal seamlessly blends large-scale political realities with the local, the traditional: “old villages/ whose ancient way is so composed/ each single blade of grass is known/ and in its place.” Epic in scope, spellbinding in its intimacy, generosity, and wisdom, Morning in Serra Mattu is the book we didn’t know we needed.

Praise for Morning in Serra Mattu:

“Arif Gamal’s Morning in Serra Mattu is more than a song of deep knowing. This book of rituals beckons and interrogates, edging underneath intimate details of the Nubian heart and soil, the beauty and the turmoil, and the journey exposes torn roots of the Sudanese soul. Gamal names the natural and familiar, the mythic and folkloric, as a mysterious lyricism rises out of life-and-death matters. Each poem in Morning in Serra Mattu is an epistle of longing and memory.” —Yusef Komunyakaa

“This is a moving and profound book of poetry because joy—unabashed joy—is at the center of it, almost inexplicably. And yet it is also a book of deep loss. To lose one’s homeland, to know that the roots of a people’s identity have been severed forever, has become a common tragedy of our times and may, in fact, come to define our age. But to recall that homeland, the ancestors and the traditions, and to see that long-gone world so clearly and with such affection and serenity, is transcendent. I read this honest and sincere book as a call for hope, a hope we humans need wherever we go.” —Maurice Manning

“An astonishing book, at once intimate and epic. …Gamal has a spectacular ability to create an indelible scene in no more than eight or nine words delivered in the most elegant, understated tone. … At the end of this gorgeous epic, when Gamal evokes the ‘high unhindered Nubian stars,’ I felt that physical ache that only happens with the poems that will matter to you for the rest of your life.” —Irda Collins, poetrysociety.org