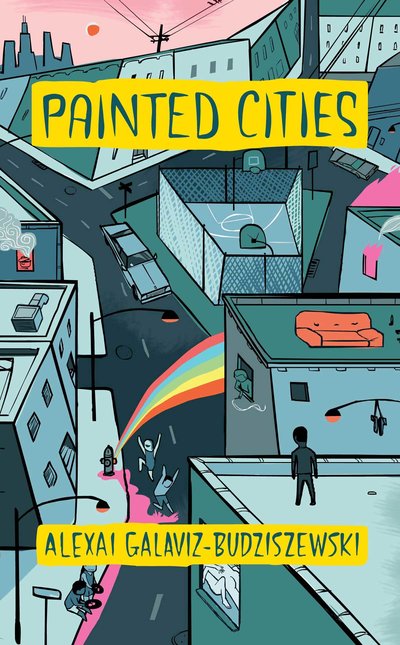 Winner of the 2015 Gina Berriault Award!

To those outside it, Pilsen is a vast barrio on the south side of Chicago. To Alexai Galaviz-Budziszewski, it is a world of violence and decay and beauty, of nuance and pure chance. It is a place where the smell of cooking frijoles is washed away by that of dead fish in the river, where vendettas are a daily routine, and where a fourteen-year-old immigrant might hold the ability bring people back from the dead.

Simultaneously tough and tender, these stories mark the debut of a writer poised to represent his city’s literature for decades to come.

“What attracts me to Alexai’s writing is its humanity and its authenticity. I know the neighborhood and he gets it right, but I don’t mean authentic merely in terms of streets, slang, and folkways; I mean authentic in terms of the literary tradition that he’s writing in—one senses the great Chicago writers of neighborhood behind this—Algren and James Farrell.…[Here is] a young writer with a genuine voice.”
—Stuart Dybek

“The 70s and 80s of Galaviz-Budziszewski’s childhood spring up like a diorama, and eventually Painted Cities begins to feel … like a journey through a living, breathing (and dying) universe.”
—Chicago Reader

“Like Stuart Dybek and Peter Orner, whose endorsements unsurprisingly adorn the back of this collection of short stories, Alexai Galaviz-Budziszewski plants his fiction deep in Chicago soil.”
—​The New York Times​

“It’s Galaviz-Budziszewski’s distaste for nostalgia, in fact, that makes Painted Cities, his debut collection of short stories about his youth in Pilsen, so remarkable.”
—Chicago Tribune