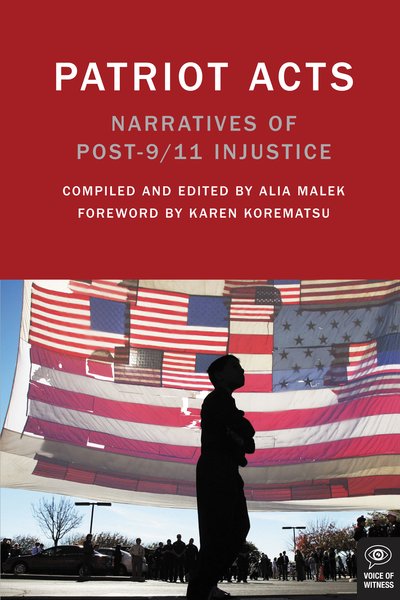 A groundbreaking collection of oral histories, Patriot Acts tells the stories of men and women who have been needlessly swept up in the War on Terror. In their own words, narrators recount personal experiences of the post-9/11 backlash that have deeply altered their lives and communities. The eighth book in the Voice of Witness series, Patriot Acts illuminates these experiences in a compelling collection of eighteen oral histories from men and women who have found themselves subject to a wide range of human and civil rights abuses—from rendition and torture, to workplace discrimination, bullying, FBI surveillance and harassment. Included in this collection are narratives from:

"Journalist Alia Malek has deftly edited and transcribed a moving collection of true stories in Patriot Acts: Narratives of Post-9/11 Injustice that may help us all ponder more deeply and clearly."
—Susanne Pari, San Francisco Chronicle

"The narratives collected in this important and timely book will go a long way toward helping us deal with the reality of what we have been through, and where we are going, since the attacks of 9/11."
—Reza Aslan, author of No god but God: The Origins, Evolution, and Future of Islam

“Gripping. This is an important book that takes us beyond the featureless generalities of the post-9/11 drama to show us the particular experiences of individual human beings, each one living a life unlike any other.”
—Tamim Ansary, author of West of Kabul, East of New York


You can download free curriculum for this book here.