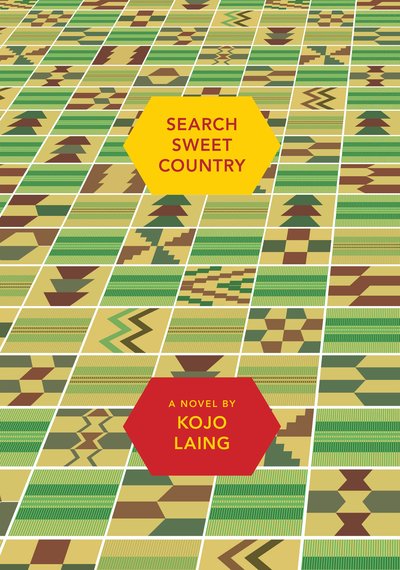 Search Sweet Country—one of the greatest novels ever to come out of the African continent—follows the lives of an eclectic, interconnected group of Ghanaians living in and around the sprawling, chaotic city of Accra in the mid-1970s. Bringing the city to life in dizzying, lyrical prose, Laing weaves a story filled with bizarre and often melancholy characters: an idealistic professor, a lovely young witch, a wide-eyed student, a corrupt politician and his hack sidekick, a business-savvy young woman, a healer, a bishop, and a crazy man intent on founding his own village. Their collective narratives create a portrait of a country where colonialism is dying, but democracy remains elusive. Search Sweet Country is a timeless, near-forgotten gem by a virtuosic writer, as necessary now as when the book was first published. Like Joyce’s Dublin and Dickens’s London, Laing’s Accra brims with both lush specificity and universal relevance.

First published in 1986, this new edition comes beautifully packaged and with a foreword by Binyavanga Wainaina, winner of the prestigious Caine Prize for African Writing, and director of the Chinua Achebe Centre for African Literature and Languages at Bard College.

“The finest novel written in English ever to come out of the African continent.”
—From the introduction by Binyavanga Wainaina

“Exuberantly reels with language and imagery reminiscent of the early Joyce.”
—Library Journal

“[Laing’s] sentences can only be described as heated, bubbling over with images, slamming metaphor and simile against quiet and simple observation, sometimes purposefully confusing meanings in the most poetic fashion…Perhaps it’s the poet in Laing that privileges wordplay over exposition to create both textual wonder and a sense of wondering exactly what we are wondering about.”
—Slate.com