THE FIRE IN HIS WAKE 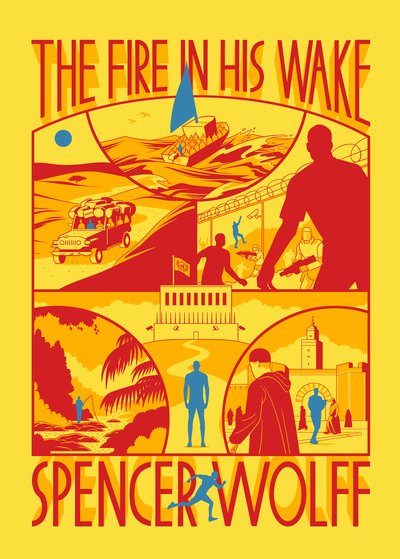 This is a preorder. The Fire in his Wake will be released June 2020. Orders will ship early summer.

“At this dark hour of shuttered borders and hearts, can the novel still expose a human truth that finds no footing in statistics or news reports? With incandescent lyricism and wry fury, Spencer Wolff’s The Fire in His Wake builds to its remarkable answer: only by confronting the existential fullness of today’s refugees, migrants, and so many abandoned aspirants—the picaresque comedy alongside the tragedy—can we see that it is those of us living in the shadow of fences and walls who are truly adrift.
—Greg Jackson, author of Prodigals: Stories
COVID-19 Update: All orders are still being fulfilled as normal, with occasional slight delays. If this changes we will update here and alert all impacted customers. Stay safe, and thank you most sincerely for your support. —McSweeney’s
×