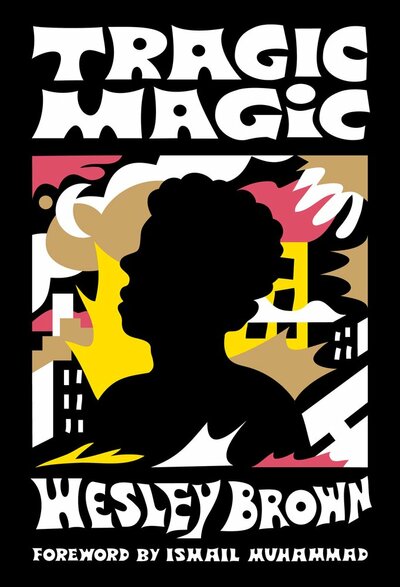 For a very limited time get a copy of our official Of the Diaspora edition of Wesley Brown’s brilliant novel Tragic Magic signed! Limited to 30 copies.

“Tragic Magic is a tremendous affirmation. One hell of a writer.”
—James Baldwin

“[A] vibrant riff on Blackness, manhood, and jazz.”
—The New Yorker

“Wesley Brown’s Tragic Magic is an underrated classic in the vein of my favorite albums. This is a book worth holding close and hugging hard. There has been much talk about the literary foreparents to hip-hop culture and for my money Brown has to take his place alongside the likes of the Black Arts Movement, the Nuyoricans, Piri Thomas, and Julius Lester. Pick this one up and ride alongside a masterful storyteller.”
—Nate Marshall, author of Finna: Poems

“A prescient ancestor to today’s insurgent, boundary-breaching African American fiction … deserves rediscovery by a new generation of readers curious about where an earlier generation of Black protest came from and how they came through its challenges.”
—Kirkus

“As relevant today as when first brought to print … excels in its line-level risks, intellectual depth, and wide-ranging cultural and political subject matter.”
—Southeast Review