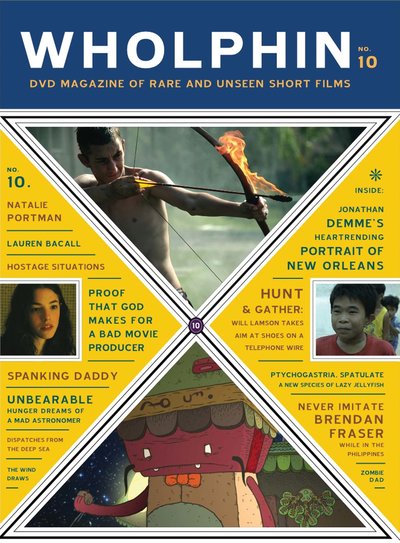 Wholphin No. 10 includes a heartbreaking, must-see Jonathan Demme documentary on a proud New Orleans couple coming to terms with their post-Katrina loss, Natalie Portman's touching directorial debut, a surreal homage to a 1960s Christian television show for kids starring Todd Haynes, an unbelievable documentary about a Pentecostal minister who gets word from God that he will become the "Rolls Royce" of filmmaking, award-winning animation, and much more.

Audience of One
37:00, Excerpt from the Documentary, U.S.A.
Directed by Michael Jacobs