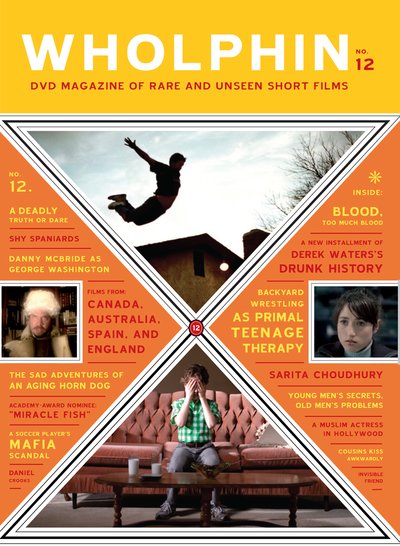 Wholphin No. 12 proudly presents the Academy Award-nominated short "Miracle Fish," Eric Lynne's Sundance-honored short about kissing cousins, Danny McBride as George Washington, several films about the dark desires of men and a cameo by Sam Rockwell in Jonathan Lisecki's hilarious critique of Hollywood's terrorist obsession, "Woman in Burka." And, as we always say and always mean, much, much more!