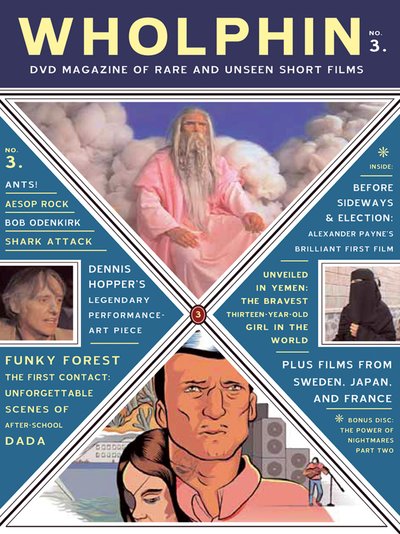 The third issue of Wholphin features the early, rediscovered early work of Alexander Payne and Dennis Hopper. New-found talent abroad including Jonas Odell and Alice Winocour. The strangest Japanese film we've ever seen from the three-man directing team, Naisu No Mori. A documentary about a thirteen-year-old Yemeni girl who refuses to wear her veil. And "The Popcorn Effect" of trap-jaw ants.

A STRANGER IN HER OWN CITY
Directed by Khadija Al-Salami
Documentary, 29:45 minutes

FUNKY FOREST: THE FIRST CONTACT
Directed by Naisu No Mori
Excerpt from the Feature Film, 15:42 minutes