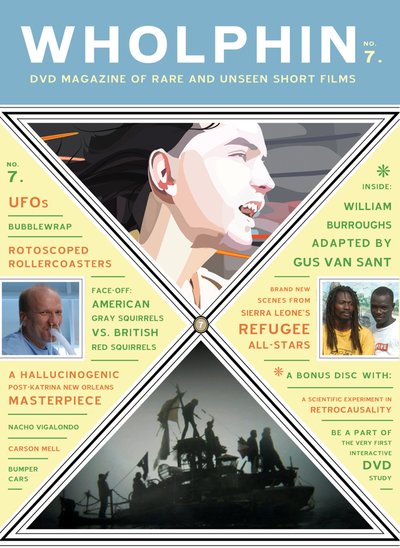 Wholphin No. 7 will feature a short film by Gus Van Sant based on a William S. Burroughs short story; a face off between American gray squirrels and British red squirrels; a hallucinogenic post-Katrina New Orleans masterpiece; a documentary exploring autism from the animators of Waking Life; an incredibly close look at the sun in its most inactive and gorgeous state; Field Notes from Dimension X, bumper cars, UFOs and more. Issue 7 will also include a special bonus disc containing a highly controversial interactive scientific experiment in retroactive causality, in which the Wholphin audience, just by watching, will help to determine the role of consciousness in the establishment of a physical reality.