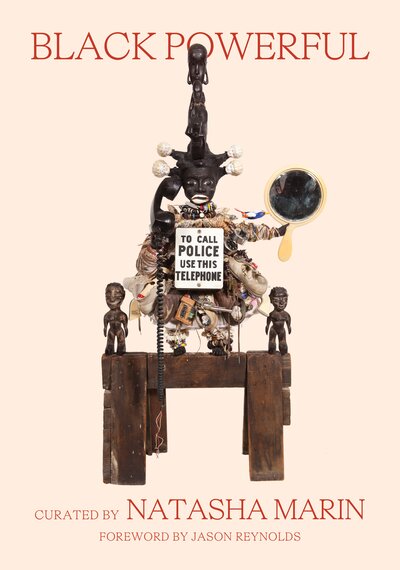 This is a preorder. Black Powerful will be released in spring 2022. Books will ship prior to release.

Featuring a foreword by Jason Reynolds.

“Our bodies and actions are under external control, but the well-spring of rebellion is our own imagination. In Black Imagination, Natasha Marin shows us how to free our imagining—as a first step toward freeing ourselves.”
—Gloria Steinem

“Black Imagination is somehow as innovatively utopic as it is sincerely soulful. I’ve never felt the physical feeling of pages melting in my hands or chapters folding themselves into squadrons of black airplanes flying to freedom, because I’ve never experienced an art object like Black Imagination. It is exquisite art in action.”
—Kiese Laymon, author of Heavy

“Have you ever read a book and realized you’re reading something you didn’t know you needed? This is not a book to simply read in total and digest—yes, do that—but it is also a work to return to in parts whenever necessary. It’s a book to ingest like medicine, because it is that. Lastly, it is a reminder that joy, too, is necessary and also a form of resistance.”
—Rion Amilcar Scott, author The World Doesn’t Require You