COMEDY BY THE NUMBERS 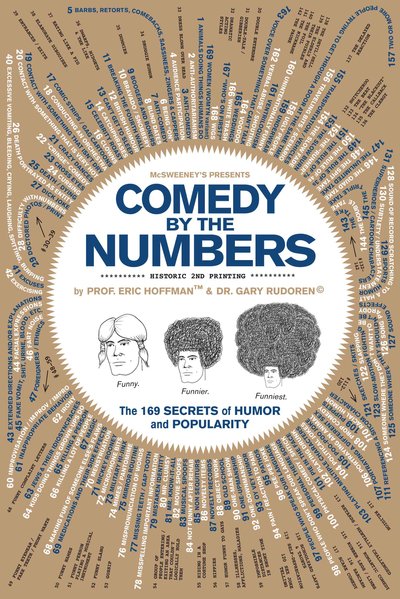 This book is perfect for people who are funny and for those who aren't funny—thus it is marketable to 100% of the population. As we all know, true creativity comes from simple formulas and the memorization of data. This new bible makes the secrets of comedy accessible, not only to those funny few among us, but also to those who might not have the ability or talent to be funny. One no longer need worry about originality—just find the right comedy number and apply as needed… and then you're on your way to POPULARITYVILLE!© Comedy By The Numbers is a NEARLY comprehensive list of all comedy characters, bits, scenarios, sketches, skits, shtick, and much more. (We say “nearly” because we want to leave room for Volume 2.) Includes special hints, tips, and unboring comedy history. Comedy By The Numbers is the brainchild of Prof. Eric Hoffman (Mr. Show) & Dr. Gary Rudoren (Annoyance Theatre)—AND features loads of comedy fun facts that you can memorize and use to impress people at parties!