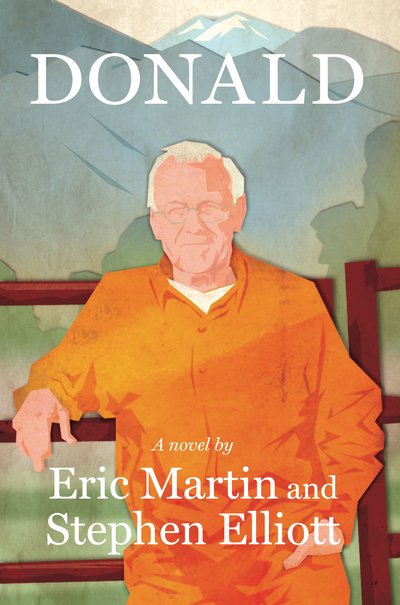 As America’s most infamous former Secretary of Defense lies poised to unleash his wistful recollections and rewriting of the war on terror, authors Eric Martin and Stephen Elliott humbly submit their take to the historical record: Donald.

What would happen if Donald Rumsfeld, former defense secretary and architect of the war on terror, were abducted at night from his Maryland home, held without charges in his own prison system, denied a trial, and kept in a place where no one could find him, beyond the reach of the law? Donald is a high-wire allegory that answers this question, in equal parts breakneck thriller and gradual descent into madness. But it is also a novel rooted in the harrowing stories of real people caught in America’s military campaigns. And while there are those who would try to convince us that war is full of uncertainty—of knowns and unknowns—Donald reminds us that there remain things we know to be wrong.

"Martin and Elliott—they do sound like a comedy team—have attempted something far more daring and risky than a brief flight of revenge fantasy.… Martin and Elliott make it through to the end of this ordeal with both Rumsfeld's and their own humanity intact. Even as the grinding days turn their character's mind inside out, they carefully retain a kernel of his essence. In tone and style, he is still Donald."
—Washington Post