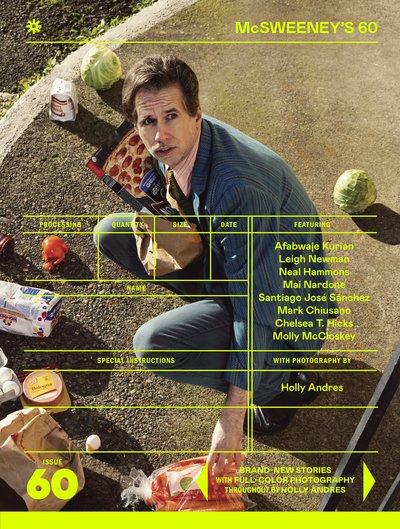 All subscriptions to McSweeney’s Quarterly purchased by July 15 will start with this limited-edition issue.

McSweeney’s 60 features eight original stories, each accompanied—a first, for us—by cinematic, full-color photography from award-winning photographer Holly Andres. There are tales of healing powers discovered in a neighborhood market and retiring baseball stars, of ill-fated father-daughter float-plane trips and a romance with the ghost of an old Hollywood heartthrob.

A not-to-be-missed, oversized issue, this is one you’ll want to keep preserved in a temperature-controlled room for generations to come.