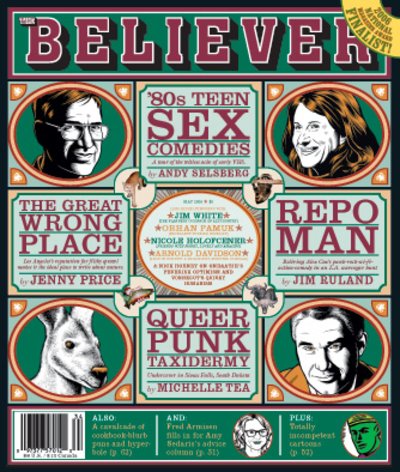 Thirteen Ways of Seeing Nature in L.A. by Jenny Price ?
The relentlessly iconic city of Los Angeles is the ideal place to challenge the established American nature story.

“They Want Us to Look.” by Andy Selsberg
Finding meaning in the meaningless sex of ’80s teen sex comedies.


Always Intense by Jim Ruland
Team Believer repossesses Repo Man with a scavenger hunt through the netherlands of L.A.

Arnold Davidson interviewed by Benjamin Cohen
What do the stigmata of Francis of Assisi have to do with WMDs?