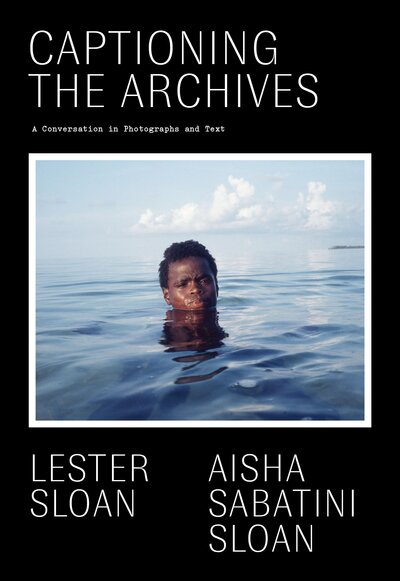 For an exclusive excerpt from Captioning the Archives, click here

Lester Sloan began his photography career as a cameraman for the CBS affiliate in Detroit, then worked as a staff photographer in Los Angeles for Newsweek magazine for twenty-five years. His daughter, noted essayist and National Magazine Award-winning writer Aisha Sabatini Sloan, covers race and current events, often coupled with analysis of art, film, and pop culture.

Praise for Captioning the Archives

“Insightful, inquisitive, and full of vivid photographs, this powerful work is as beautiful as it is galvanizing.”
—Publishers Weekly

“Captioning the Archives gifts us the unique opportunity to learn about Lester Sloan’s rich photographic career through the intimate experience of a storytelling father and his curious daughter. As we imagine Mr. Sloan dusting off his archives from a bygone era, we are reminded why photography is such a powerful medium; not only do photographs provide a poignant history lesson by capturing fleeting moments in time, but they also create an archival document to revisit and reveal the often-astonishing circumstances embedded in their backstories. The love and mutual admiration between Lester Sloan and his daughter, noted writer Aisha Sabatini Sloan, makes the ‘captions’ a particular pleasure to read. I felt as though I was in the room with them, and genuinely honored to be there.”
—Holly Andres, photographer

“Captioning the Archives conveys Lester Sloan’s living mastery of one of the most complicated mediums of our time. Sloan is a great storyteller whose visual voice is distinct amidst the artifacts of a life, beautifully lived. In such nuance, we are asked how to see ourselves in the lens of the mind and the world. These photographs blur perception yet also work with an accuracy that reveals Sloan’s devotion to his craft. In this rich meditation with his gifted daughter, author Aisha Sabatini Sloan, we find ourselves in a narrative of discovery and revelation. Sloan’s photographs are necessary instruments of history, as is the palpable sensation of love between himself and his daughter. Together, they have collaborated to form a powerful reckoning of both power and wonder. Each memory is an image, a story, a medium through which we can glimpse a greater continuum of our lives. Here, you will find both family and imagination suspended in a marvelous sequence of call and response as Lester Sloan and Aisha Sabatini Sloan bring us through a history that belongs to us too.”
—Rachel Eliza Griffiths, photographer and author of Seeing the Body: Poems

“Captioning the Archives is an inspired work of total liberation. To be Black in this world is to be constantly calculating the escape velocity from our generational traumas. The father-daughter bond that hollers as a joyful testimony from these pages is a precise healing—a prescription. Go get you some!”
—Natasha Marin, conceptual artist and curator of Black Imagination

McSweeney’s Of the Diaspora is a series of previously published works in Black literature whose themes, settings, characterizations, and conflicts evoke an experience, language, imagery, and power born of the Middle Passage and the particular aesthetic which connects African-derived peoples to a shared artistic and ancestral past. Tragic Magic, the first novel in the series, was originally published in 1978 and championed by Toni Morrison during her tenure as an editor at Random House. Tragic Magic will be followed by Paule Marshall’s novel of a Harlem widow claiming new life, Praisesong for the Widow (originally published in 1983 and a recipient of the Before Columbus Foundation American Book Award). The series is edited by writer Erica Vital-Lazare, a professor of creative writing and Marginalized Voices in literature at the College of Southern Nevada. Published in collectible hardcover editions with original cover art by Sunra Thompson, the first three works hail from Black American voices defined by what Amiri Baraka described as strong feeling “getting into new blues, from the old ones.” Of the Diaspora-North America will be followed by series from the diasporic communities of Europe, the Caribbean, and Brazil.