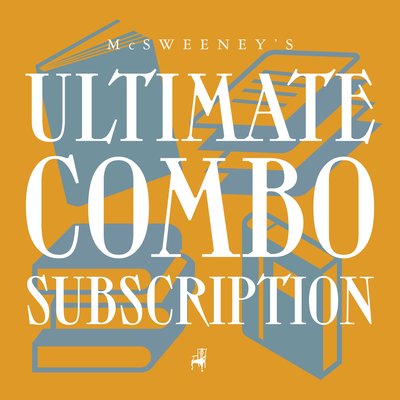 Are you a fan of felines? Start from the cat side, and read about the cat heroes from your favorite fiction. Check out the factoids section for astonishing news about world-record-breaking kitties. Navigate a cat face maze and make origami cats from sticky notes. Are you devoted to pups? Flip the magazine over to delve into the inner lives of canines, with art curated by Nathaniel Russell. DogChef demonstrates paw-print cookies while also sharing behind-the-scenes tales in an exclusive interview! Try out our story-starter cards for writing exercises, hear what student writers from around the world have to say, and check out recommendations for pet-themed books.

And then?
We’ll follow these up with issues of Illustoria centered around Mystery, Humor, and more; three more volumes of our award-winning McSweeney’s Quarterly; and more anthologies, novels, and works of nonfiction of the kind of cutting-edge literary content for all ages that readers of McSweeney’s Publishing have come to expect for over two decades.

IMPORTANT LOGISTICAL INFORMATION: All subscriptions placed by December 1 will begin with Illustoria #19: Dogs & Cats, both McSweeney’s 68 and McSweeney’s 69, and The Splendid Ticket. All subscriptions to McSweeney’s Quarterly automatically renew after four issues, at a reduced price of $75, while the McSweeney’s New Release Subscriptions renew after six issues at a price of $95, and Illustoria after three issues at a price of $40. In the event of any future rate changes, we will notify you via email. If you’d like to cancel any of the three subscription at any time prior to its auto-renewal, you can log in to your account and adjust your subscription settings. Or send an email to custservice@mcsweeneys.net with the subject lines “End Quarterly Renew,” “End New Release Renew,” “End Illustoria Renew,” or “End Ultimate Renew” depending on your desires. Refunds will be accepted only up until the first issue of your renewal is shipped. If you’d like to give the Quarterly Concern as a one-time gift, purchase a gift subscription here. Any subscription purchased with the “gift” option marked at checkout will not be enrolled in autorenew.